Dr. Martin Marks has been a life-long NJ resident. He grew up in Cranford and graduated from Cranford High School in 1980. He attended Virginia Tech in Blacksburg, Va. and graduated with a B.S. in Biology in 1984. After completing Dental School at UMDNJ in Newark, NJ in 1988, he went on to do a one-yearGeneral Practice Residency at Booth Memorial Medical Center in Flushing, NY. Dr. Marks then received his two-year training to be an endodontist at the VA Medical Center of New York. Dr. Marks has been practicing for over thirty years and stays abreast of and utilizes many of the newest innovations that make a visit to the endodontist a non-stressful experience.

Outside of dentistry, Dr. Marks had the honor of serving twelve years on the Scotch Plains Township Council, nine of which as the Scotch Plains Mayor. He has returned to his hometown of Cranford with his wife Lori and two children and enjoys softball, golf, running, swimming, and biking. 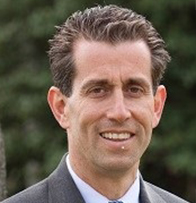